Artificial Intelligence May Take Your Job, but it Won’t Leave You Unemployed

The coronavirus pandemic beginning in early 2020 became a severe drag on the US economy. There are new challenges and a “new normal” in the business sector such as unemployment, small business liquidity and the shift to working remotely.  Once workers return to their professions, how long before businesses start looking towards automation to protect against future events?  What might the impact be on your job? 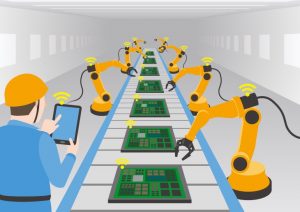 Image by Kirsten Horton via Medium

A 2018 study by the McKinsey Global Institute projected that upwards of 800 million jobs worldwide could be displaced by artificial intelligence technologies – between 39 million and 73 million of those jobs in the U.S. A more moderate projection predicts half of those numbers. It is likely that these jobs won’t simply evaporating but only changing. The onset of the Fourth Industrial Revolution, fueled by artificial intelligence, is likely to shift the majority of work done by humans from “doing” to “overseeing”.

Before the invention of the phonograph, people had to hire live musicians in order to hear music. Musical recording technology was then invented, and since then, the technology has led to the creation of professions like audio technicians, producers and music franchise owners. Artificial intelligence will have a similar disruptive impact on a wide range of industries. The Organisation for Economic Co-operation and Development (OECD) put it this way: “When technological progress accelerates, so do growth, living standards and employment.”

The broad range of industry sectors that artificial intelligence will impact is only limited by the motivation and resources to implement these technologies. Industries such as transportation, e-commerce, healthcare, education, delivery, information technology, and real estate are among the most highly targeted industries to implement AI supplementation.

Rather than leaving workers in those industries unemployed, though, artificial intelligence will allow those workers to focus their attention on other tasks. The shift will be that the jobs will require a different set of skills, which will require varying degrees of “upskilling.” Projects and professions that require interpersonal skills, creativity and problem-solving will become more of a focus than data analysis that can be done by a supervised artificial intelligence.

With this shift in job functions, companies will be able to leverage artificial intelligence to do certain tasks and utilize their employees to work on tasks that require more nuanced intelligence, helping them reduce their costs and expand their business while creating more jobs.

One recent example serves to illustrate all of this:  As seen on the CNBC website: Royal Dutch Shell is collaborating with Udacity to digitally train its workers in artificial intelligence.  The relationship with Udacity began as a pilot program in early 2019. At the time, Shell realized it had a huge mismatch between the number of AI-related projects it was working on and the number of data scientists needed to deliver on them. The company has been an early adopter of AI, using it for everything from deepwater drilling and maintenance to predictive analysis and autonomous computing. The company approached Udacity about creating coursework that could fill this skills gap, says Gabe Dalporto, CEO of Udacity.

Technology has supplanted jobs throughout history, but rarely has a concept like artificial intelligence had such a breadth of application, which makes the potential future impact equally broad. One thing is for certain: workers around the world should take every advantage of learning these new technologies within artificial intelligence and prepare to adapt to the coming changes.